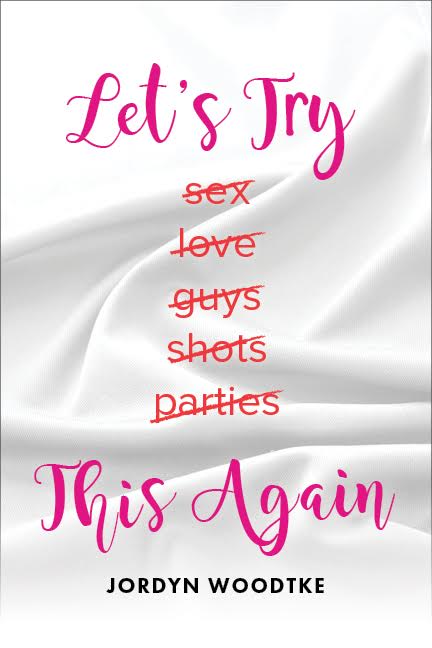 First there is Isaac, the ex-boyfriend who threatens her move to a sunny new life on the west coast when he suddenly comes back into the picture.  The chemistry is intoxicating and Josie starts eating, breathing, and sleeping with him again until the move.  Things are hard enough saying goodbye to her childhood home and very best friends, but when Isaac makes it seem like he might actually want her to stay, Josie wonders if she’s giving up on him too quickly.

Josie takes the plunge and moves to California.

Then comes Carter. Sweet, doting – and, oh my god! – former boy band heartthrob, Carter. Josie’s new life falls into place, with new friends and a job working as the personal assistant for Carter as he plans the re-launch of his career. When it seems like there might be something between Josie and her new boss, she can’t help but hold back in fear of crossing a line and, worse yet, getting her heart crushed.  Once again.

What spirals into a complicated, heart wrenching, unexpected love triangle forces Josie to face a decision that she is not sure she can make.  Carter or Isaac.  Or – who knows?

It’s Sex in the City meets Bridget Jones Diary under the Hollywood sign.  A masterful debut novel of love, sex and rock & roll in the New Adult genre.

There are many coming-of-age books out there about relationships. What makes yours different?

A. I think Let’s Try This Again is a different type of relationship-driven novel because it dives into the ugly parts of being in love. Josie has to realize her own faults and confront her own shortcomings before she can see why her romantic relationships aren’t working — love is a lot of grey area. The simple “he loves me, he loves me not,” mentality isn’t applicable to everyday, real life relationships, which fictional content can often idealize. Sometimes he loves you and that doesn’t fix everything, and you have to make choices based on what’s going to be the best thing for you even if it’s not what you necessarily want. I wanted to be authentic about that. I also wanted it to be a book about more than just romantic love. Josie’s life is so shaped by the love she has for her friends and her family, and those relationships are just as, if not more, important than the romantic ones she faces.

A. I wrote the majority of Let’s Try This Again at the Olympic and Westwood Starbucks in Los Angeles. Now I’ll sit at my kitchen table because my kitchen is my favorite room in my apartment. I sometimes try to write while lying in bed, but that usually doesn’t inspire productivity unless I’m falling asleep and an idea pops into my head that I can’t wait to write down.

Q. If you were stuck on a deserted island, which 3 books would you want with you?

A. Matilda by Roald Dahl, The Truth About Forever by Sarah Dessen, and Bossypants by Tina Fey.

Q. Do you write every day?

A. I try to write at least something every day, whether it be a poem, a line I want to use in a story, or a notes for a screenplay I’m outlining. I keep small journals in all of my bags because I like to jot things down when an image or phrase or something sticks with me. Writing consistently is probably the hardest and most important thing for a writer, but sometimes I hit inspiration roadblocks and don’t write consistently for a little while.

Q. Is there a specific ritualistic thing you do during your writing time?

A. I’m a big outliner, I like to plan out generally what I’m going to write or what direction I’m heading in to keep myself on track, and I have a specific writing playlist to listen to. So when I know what kind of scene or chapter I’m going to be writing, I put on songs that inspire the vibes I need to write. Like Brand New if my character is in an angry break up, Bon Iver or James Bay for heartbreak and melancholia, Ingrid Michaelson for quirky, cheery moments — things like that.

Q. What is your next project?

A. A sequel to Let’s Try This Again!

Jordyn Woodtke is an exceedingly gifted new author who is destined to take the New Adult genre by storm with her debut novel entitled Let’s Try This Again.

A graduate of NYU, she majored in screenwriting with a minor in bottomless brunching, skills she took with her when she moved to Los Angeles to follow her dream of becoming a writer. Jordyn started writing poetry and plays in high school, garnering prestigious awards and accolades from the Hartford Stage, Drexel University, the Waterbury Young Playwrights Festival and the national Scholastic Art & Writing awards, among others.

Now, on any given afternoon you are likely to find Jordyn petting random dogs on her street, noshing at any of the numerous brunch spots in LA, or bingeing Netflix on her couch. She’s grateful and dedicated to the art of storytelling because it lets her say all the things she wished she’d said when she had the chance.

And if Let’s Try This Again is any indicator of future success, Jordyn will get to keep saying them for a long, long time.

Connect With the Author: