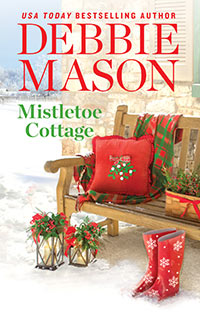 Sophie DiRossi loved growing up in
Harmony Harbor. But after fleeing in disgrace many years ago, it is the last place
she wants to be. Left homeless by a fire, she’s forced to go back to the small
coastal town that harbors a million secrets, including her own. Sophie sees
this secret reflected every day in her daughter’s blue eyes-and she must keep
it hidden from the only man she has ever loved.

Sophie’s return is a shock for
everyone . . . especially Liam Gallagher. The firefighter had some serious
feelings for Sophie-and seeing her again sparks a desire so fierce it takes his
breath away. Now Liam will do whatever it takes to show Sophie that they
deserve a second chance at love, even if everything they’ve concealed threatens
to keep them apart. In this special town at this special time of the year,
Sophie and Liam can only hope for a little holiday magic . . .

I was so excited to be able to get an early copy if this book. The cover was what really drawn me to this book.

This is a book that will get you ready for the holiday spirit. I couldn’t put the book down. It is one well written book.

I loved the characters and the plot was absolutely great. A new one I never saw coming. A few twists here and there. A story you do not want to miss out on.

Reccomned to anyone who loves to read. 🙂

The paramedic removed the tube from Mia’s mouth and smiled. “All good. In the normal range.” Sophie’s daughter jumped off the back of the ambulance, and Liam went to stand up. “Oh no you don’t,” the thirtysomething brunette said to Liam. “Lift your shirt, hot stuff, and let me have a look.”

“So I’ve heard.” She gave him a flirty wink. Then, with gloved fingers, motioned for him to lift his T-shirt. “Your dad asked me to check you out. Don’t be embarrassed if you got a little flabby while you were convalescing. We won’t tell anyone, will we, Daff?” she said to the other paramedic who approached the ambulance.

“My lips are sealed. But just hang on a sec, and I’ll give you a hand.” The woman grinned as she started to unload her supplies in the ambulance.

Sophie’s irritation with Liam for Mia’s reproachful look faded at the reminder he’d been shot.

“You two so hard up you’re getting unsuspecting men to strip for you now? You know, there’s a club—” He winced as though remembering Mia was there and hanging on his every word.

Sophie needed to know he was okay and intervened. “Liam, maybe you should let them check you over. You were carrying Mia, and with all your equipment . . .”

Sophie hoped his question wasn’t directed at her. She doubted she could respond even if she wanted to. And it wasn’t because of the small, puckered pink scar on the left side of his stomach. The ridges of taut muscle and a tantalizing, narrow trail of dark hair that disappeared beneath his turnout pants were messing with her head . . . and other parts of her anatomy. Parts that hadn’t been messed with in a long time.

The paramedics moved in, spoiling the sigh-inducing view. Sophie leaned to the left.

Kris glanced over her shoulder with a knowing grin. “Looks pretty good, don’t you think?” the paramedic asked Sophie.

“Yes.” The word came out as an embarrassing croak, and she cleared her throat. “Really, really good.” 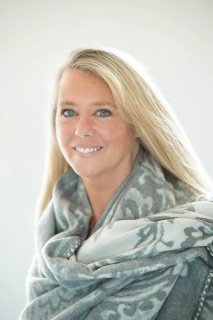 Debbie Mason is the bestselling author of
the Christmas, Colorado series and Harmony Harbor series. Her books have been
praised for their “likable characters, clever dialogue and juicy
plots” (RT Book Reviews). She also writes historical paranormals as Debbie
Mazzuca. Her MacLeod series has received several nominations for best
paranormal as well as a Holt Medallion Award of Merit. When she isn’t writing
or reading, Debbie enjoys spending time with her very own real-life hero, their
three wonderful children, two adorable grandbabies, and a yappy Yorkie named
Bella.